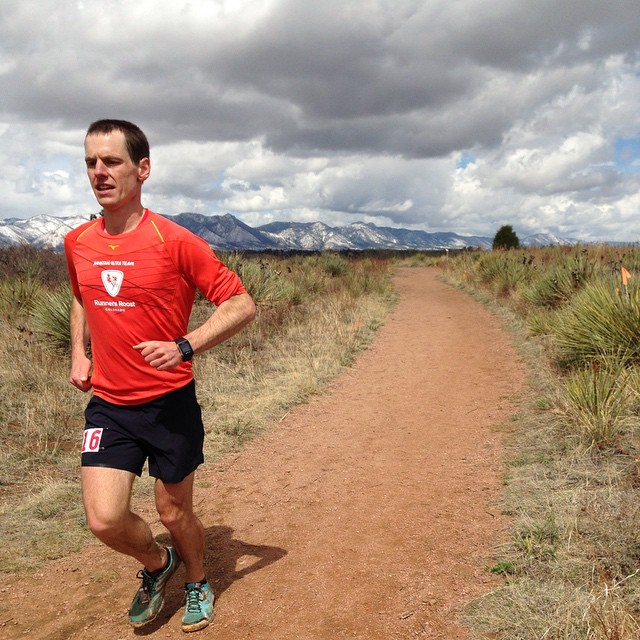 My name is Seth Kelly, I live in Golden, CO, and have called Colorado home for seven years. I happen to like to run, particularly for a long time without really stopping. I grew up in a small town in Iowa and ran cross country and track & field in high school, and then for a Division III liberal-arts school in Iowa. Being part of the team at Luther College will forever remain one of the most valuable experiences of my life. After that, I kept running. I coached cross country and track & field at the collegiate level for a few years before deciding it wasn’t the career path for me. I picked Colorado as my landing spot in 2011 due to lots of trails to run, my sister and brother-in-law being here, and the opportunity to forge a career in the run specialty industry with Runners Roost. I’ve had the pleasure of working for Runners Roost in a variety of roles since the day after I moved to Colorado (June 26th was my seventh year Roostiversary, as we call it). I also met a lady a few months after moving here and we got married in July 2016.

I ran my first ultramarathon in May of 2010. How did it happen? Well, I always knew I would “do” ultrarunning someday. I remember reading about the Western States Endurance Run when I was growing up in an issue of Sports Illustrated for Kids and wanting to do it someday. I had the pleasure of running the race in 2015 with hopes to go back again someday. I am the type who wants to at least experience everything endurance sports has to offer once or twice (this will likely someday involve me cycling all day and doing an Ironman triathlon, which my wife has been warned about). In the spring of 2010 I had been running a lot and was super fit. I was signed up for a trail marathon, which would have been my first trail race. That race also hosted a 50 mile. I decided, well, I’ve got the fitness – so I emailed the race director and got bumped up to the 50 mile from the marathon. It was a crazy amount of fun to be out running trails for that long; I loved the feeling of being able to continue to run strong as the miles stretched before me. I ran my first 50K that Fall. I raced my first and only marathon in 2011, did my first 100 mile race in February of 2012, and have pretty much been hooked on long races on trails since.

My most recent preparations included the Rough ‘N Tumble 50K outside Lander, WY this past weekend. It was a small race and the course offered plenty of…Rough ‘N Tumble. My wife and I both ran the 50K, with several other friends running the 18K race. I don’t carry performance expectations on those types of days. Sure, I want to run well and feel strong throughout the race. However, the main purpose is to prepare for my Big Day, the Leadville 100. And to have a good time. I did both pretty successfully. For anyone curious I wore the New Balance Summit Unknown trail shoe. These kicks just debuted in April and they are a great combination of lightweight, protection, and flexibility.

Next I’ll do the Silver Rush 50 mile, part of the Leadville Race Series, on July 8th. This will be my first time running Silver Rush, and a key feature of my Leadville 100 build-up. My strategy will be simple: focus on fueling well and running strong for all 50 miles to prepare appropriately for Leadville 100, and to have a good time. That’s it! This is actually the first time I will be running a 50 mile race as specific prep for a 100 mile race. I have avoided it in the past out of concern of doing a little too much leading up to a 100, preferring to stick to a couple 50Ks as 100 mile prep. I’m excited for this new approach. I believe I am more than strong enough to handle the distance and to recover from it appropriately, and I am always eager to run a race I haven’t experienced before. I won’t put too much emphasis on how I do at Silver Rush. If I run great, that will be swell. If I don’t, it was only prep for the Big Day anyway.

So while the Leadville 100 is my Big Day for the summer, it’s not the only thing I’ve got going on. My wife Erin, who by this point could fairly be described as having the ultra bug, is doing her first 100K at Never Summer 100K in July and her first 100 mile at Bear 100 in September. I’ll be there to pace and crew for both, and I couldn’t be more excited to get to be part of the team supporting her in these quests.

I look forward to re-capping the Silver Rush race and discussing a little more about my training in Volume II of Seth’s Summer of Lead. Until then, Happy Trails! 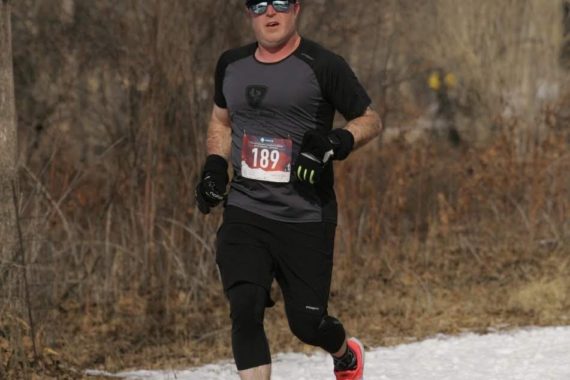