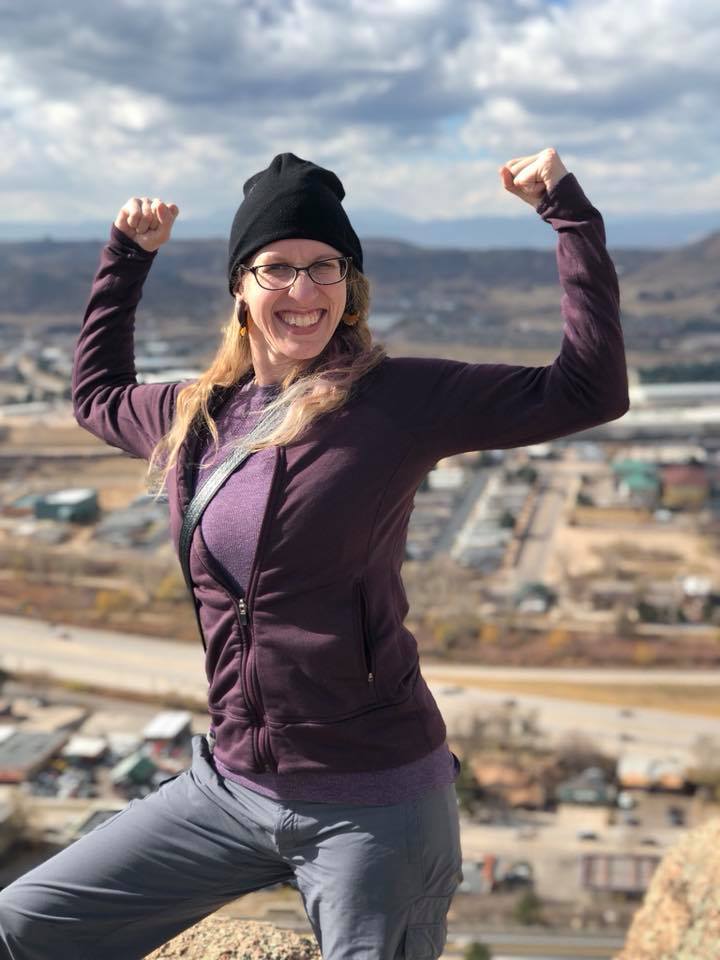 Runners Roost has been a locally owned business since 1977. One of the many ways we have realized our longevity is through community. At Runners Roost we feel it is important for us to understand our community as well as for our community to know who we are. With that we will be featuring some of our staff in our regular blog content so you can meet us and our friendship with our Colorado community can rise to new elevations.

Who is Jess Broadwell:

Jess joined Runners Roost in February of 2017 as a part-time staff member at our Lone Tree location. She was promoted to Aurora Store Manager in Mid-July of the same year. Jess brings a combination of 7 years of specialty footwear knowledge in the outdoor/running world (Eastern Mountain Sports), a background of studying personal training & TRX with over 18 years of running/athletic experience with her. She previously worked as the General Manager at one of Connecticut’s fastest growing gym chains, nearly 6 years as an Eastern Mountain Sports Foot Guru and Paddleboard Specialist, and has over 12 years of management experience under her belt.

Jess grew up in the small state of Connecticut, and was always passionate about the outdoors. She found running as an outlet in 3rd grade to get away from her home-life, and never looked back. She continued to participate in running groups during grade school, until her Middle School days when she was introduced to Track & Field. Jess never took track seriously until her Sophomore year of high school, where she realized she qualified for states in 5 events but failed off the team just days before the indoor championships. Through letting the team down, and herself, she realized that there is more to life than being angry and depressed, and kicked into high gear; it did not matter what happened at home, as long as she passed her classes and could use track as a positive outlet. Throughout her remaining seasons, she made varsity 5 times, 6 time all-Conference, and even claimed 3 Class-M State Championships in pole vaulting. She also excelled in heptathlon, javelin, long jump and 300M hurdles.
Jess dabbled in the college experience, but realized it just wasn’t for her. During those young adult years, running became a distant memory as working overtime, money and going out with her friends became the new norm. Once her depression came back, stronger than ever, she relied on her friends to help remind her of the joys of running.

During the peak of her late 20s, starting to get into Spartan Racing and finally enjoying her runs again, it all came to a screeching halt as a freak work accident crushed her left foot; collapsed the arch, overstretched many tendons, stress fractures throughout and a sagging big toe. Doctors told her that she may never run comfortably again, and be lucky if she could wear the same size shoe. THIS is what motivated Jess to take matters into her own hands and started studying anatomy, insoles, footwear and beyond. Her fire was stoked and the passion returned. Jess was beyond motivated to get herself back into better running form than ever before. During the next year, running was still not an option as the overstretched ligaments would lock her left leg. Determined to get back into athletic shape, Jess learned of a local roller derby league. She then found out that roller skating is a low-impact sport, and decided to learn how to skate so she could learn how to play roller derby! While learning the new skill, it helped her recover from her injury much quicker than her or her doctors thought.

More than a year into her derby career, she decided to challenge herself even more and run her furthest distance yet, by completing all 3 distances of Spartan Races in ONE weekend… in Hawaii.  In August of 2015, Jess traveled to the island of Oahu to race with her long-term boyfriend, Stephen (it was also a celebration of their 4-year anniversary). During their flight, she was able to view the majestic Rockies from above and absolutely fell in love and decided right then and there that she needed to live there someday.  After not only finishing all 3 Spartan Races, but being physically able to successfully complete every obstacle on those courses, her addiction blossomed. 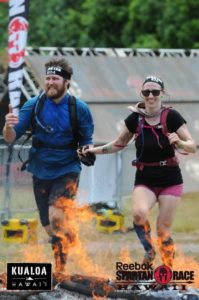 Jess continued to run Spartan races and finished 4 Trifectas in one season (Sprint: 3-5 miles, Super: 6-8 mile and Beast: 13+ miles, all in one calendar year), and surprised herself by running the last race of the season in the elite category and qualifying for the Spartan Race World Championships in Lake Tahoe. Unable to compete due to the short time frame of notification of qualifying, she decided to finally get competitive and run mostly Elite level races during her 2016 season. After making podium at a few larger race series, she decided to chase after her World Championships- NOT to be the best, but to know that she earned it and COULD compete with the best. She officially competed in the Spartan Race World Championship on Sept 30th, 2016, just 5 days after driving cross country with Stephen, and their cat, Abbey, to finally move to Denver where Jess could train in the mountains, and Stephen could work with the company that offered a transfer to their dream land. Less than 2 weeks later, she was off to Toronto for the independent Obstacle Course Racing World Championships that featured over 50 countries. Jess completed 47 mandatory-completion obstacles, kept her coveted ‘band’ (a silicone band that they will cut off if you cannot complete an obstacle, that takes you out of the running for top spots and prizes) and realized that this was her sport.  During those next few months, Jess acquainted herself with the Denver Metro Area, and fell in love all over again. Jess applied for the Roost in Nov of 2016, and did not stop until she got an interview. Finally, by February, she started her career with Runners Roost. The passion, the education and the community that each store has built really excited Jess as a staff member, but thought that she could do more to help the company to grow. As soon as an opportunity for advancement presented itself, she threw her hat in the ring, went through her interviews nervous as could be, but was beyond ecstatic when Kent offered her the position as Aurora Store Manager in mid-July 2017.

“Runners Roost is the most welcoming and exciting company I have ever worked for; their product selections, staff members and their passion and commitment to excellence with not only customers, but brands as well, shines through their run club and numerous ways they give back to the community. I specifically told my boyfriend that I did not want to go back to retail after moving off the East Coast, but this company was everything I loved about specialty retail and I felt like it was calling my name.” 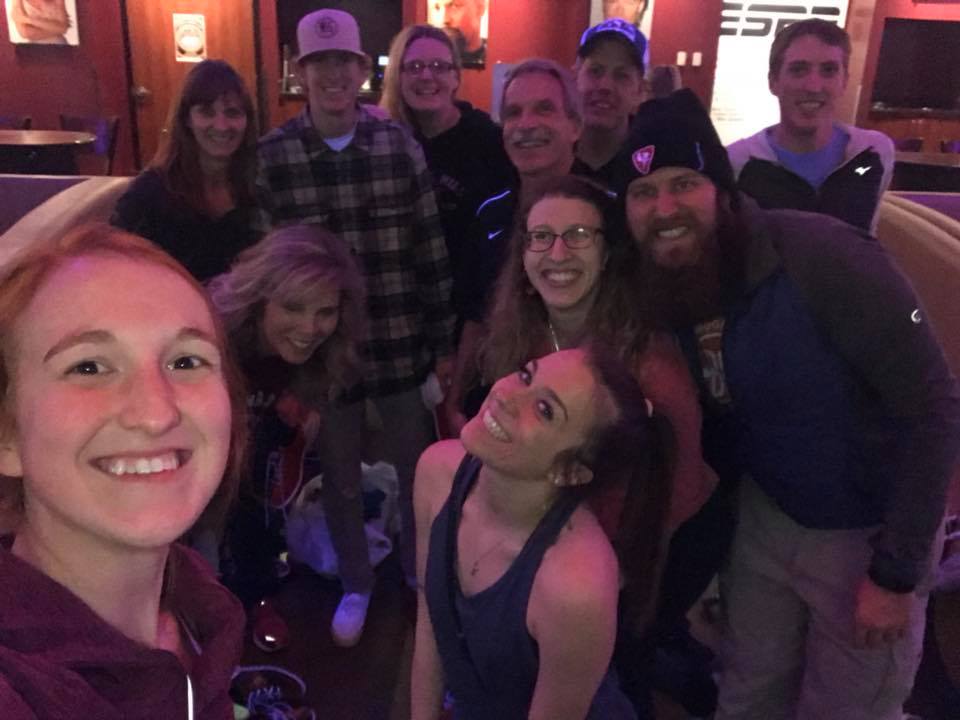 Jess and her team at the Aurora location (Arapahoe Crossings) can’t wait to meet you, and truly want you to love the Roost as much as they do. WARNING: many smiles and giggles may accrue when you visit this location.

IG: RockJess_Monsta for more info on her wild athletics and views of our beautiful state. 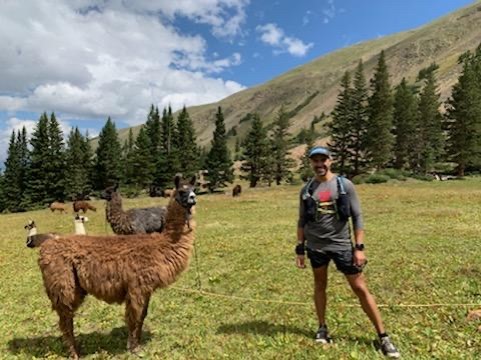