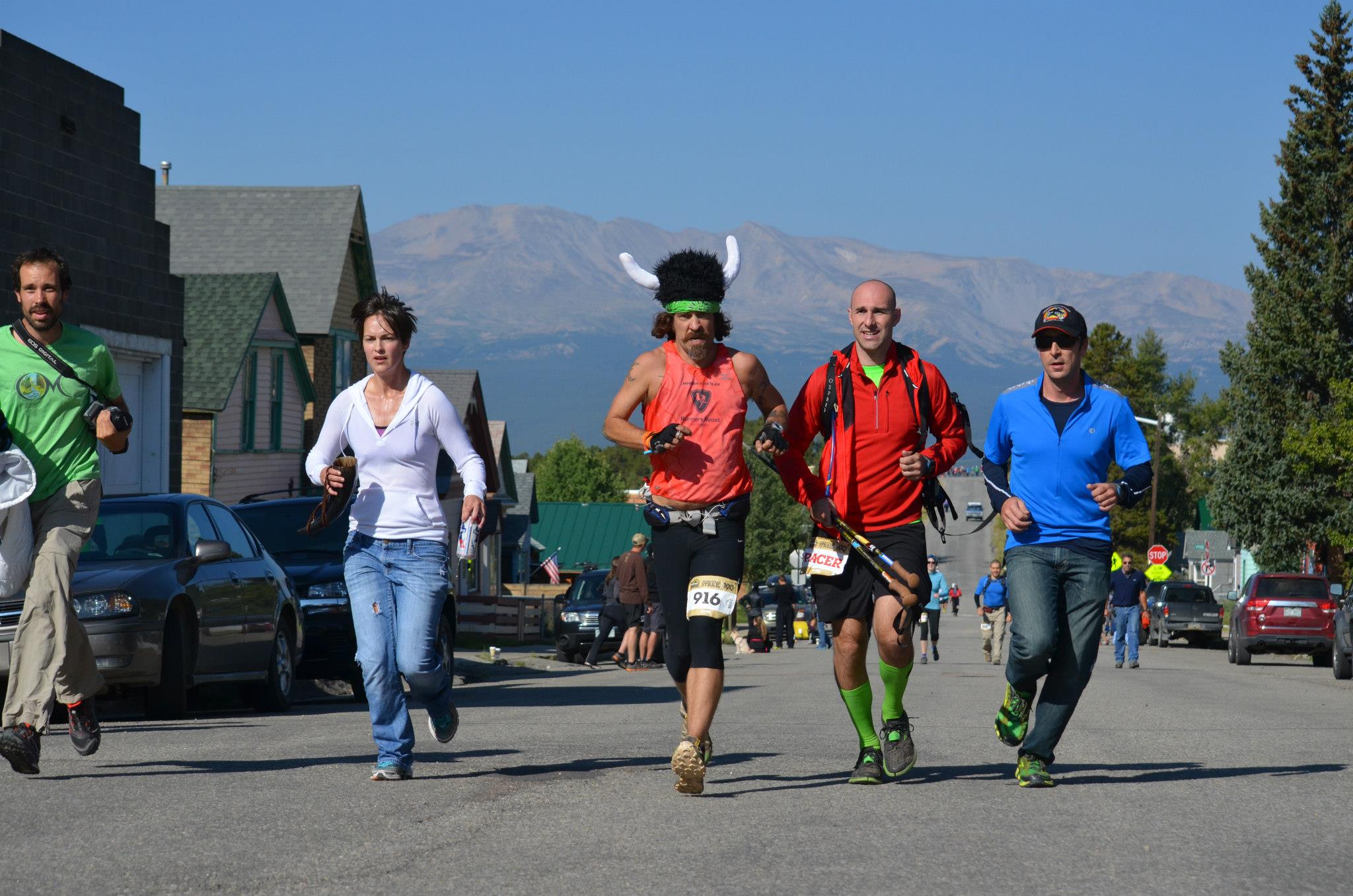 After seeing the Leadville 100 from a volunteer’s and pacer’s point of view in 2011 and 2012, it was time to sign up to run it myself. One of my first challenges was that I had never run an ultramarathon (any distance over 26.2 miles, but generally 50k or greater) and had only run two full marathons before I decided to run an ultra. I knew that it was going to take a combination of ‘baby steps’ and ‘leaps of faith’ just to get me to the starting line. I built my race schedule to give me an ever increasing exposure to distance as well as altitude. I started that spring with the 25 mile Collegiate Peaks race in Buena Vista and worked my way up to the Silver Rush 50 up in Leadville – a fifty mile race that is scheduled five weeks prior to the 100.

My spring training went well and I found my sweet spot between forty and fifty miles a week. My first real test was the Collegiate Peaks 25 miler that April. It ended up being the first skirmish in a season long battle with my buddy Ed. I had a slow start and wasn’t able to catch him until the halfway point, but I put ten minutes on him by the finish. We raced again at Silver Rush where I put even more time on him, which gave me a boost of confidence going into the hundred that probably did more harm than good. A few weeks before Silver Rush, I had gotten a Leadville themed tattoo to give me a little inspiration on race day, a pair of pick axes with the Ken Chlouber’s motto; “Dig Deep”. I had a great day at Silver Rush and was stoked to meet Ken after the race and show off my tattoo. 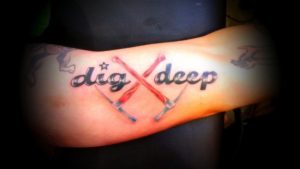 I had run 10 hours 30 minutes at Silver Rush, by my logic all I had to do was run that to Winfield (mile 50 at Leadville) take a 4 hour nap and run home in time to get the sub 25 hour big belt buckle. Oh foolish me.

The five weeks before race day were a blur as I tried to squeeze in recovery, training, and race planning, plus a full time job.

I arrived in Leadville Thursday afternoon and was met with my first surprise – I would be working the expo before and after the racer briefing. The cool thing about that was I was able to meet two of my heroes: Anna Frost and Anton Krupicka. 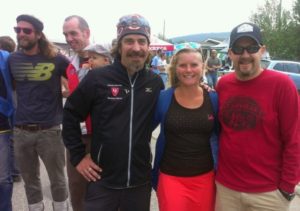 Turns out 4 AM comes even quicker when you are the one running the race. Sully, Ed, and I met up in the starting corral and waited for the shotgun blast to send us off on our journey. Sully had warned me about getting caught in traffic around the single track of Turquoise Lake, so I probably went out a bit quicker than I should have. I rolled through the Mayqueen aid station at mile thirteen feeling great! I made my way up Hagerman Pass and down the backside of Powerline with zero problems or concerns; in fact, my run out to Twin Lakes was about the easiest forty miles I had ever run. I cruised through the aid station and started my way towards Hope Pass. About halfway up I crossed paths with Anton who was running again that year and was already over ten miles ahead of me. He flew by with his pacer so quickly that he seemed more wild animal than human. Around ten minutes later, Salomon runner, Thomas Lorblanchet passed by with Anna Frost pacing him. I shouted out a quick “Go Salomon!” and “Hey Frosty!” to which she responded “Hey Phil!” What was this? She remembered my name?! With that, I cruised over Hope Pass as if I had drunk 3 cans of Red Bull. Anna Frost gives you wings! The backside of Hope into Winfield had been re-routed that year to keep runners off of the dusty dirt road, adding a couple of miles of completely exposed running. That was also the last year that they weighed runners at the half-way point, which according to their scales, I had lost 11 pounds. The medics were hesitant to let me continue, but as I was well under the cutoff they recommended that I stay at Winfield and eat and drink as much as possible. Ed caught back up with me during my prolonged pit-stop. We left Winfield with our respective pacers and made our way back up Hope Pass. We started our back and forth going up the Winfield side of Hope Pass and got to “Hopeless Aid Station” before sunset. Little did I know, Ed went hypothermic and had to be put in a sleeping bag there to get his body temperature back to normal.  I made it back to the Twin Lakes Aid Station with plenty of time before the cutoff. 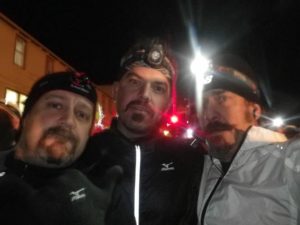 I picked up my new pacer Will, and made my way around the base of Elbert towards Mount Massive. Hours of chasing, and being chased by headlamps and plenty of good banter with my pacer and other runners helped the miles pass quickly. I picked up my new pacer Dave at “Fish Hatchery” (an actual fish hatchery built in 1889, however no longer in use as an aid station in the LT100). My apologies to Dave for not being exactly ‘chipper’ during the stretch from Fish to Mayqueen. This section of the course contains the last real climb up Powerline to Hagerman. 1,200 ft of false summits in the middle of the night. I did happen to see a snowshoe hare cross my path, which my pacer did not and so insisted that I was hallucinating. On the downhill into Mayqueen I was passed by “Back from the Dead Ed” I tried to keep up with him and his pacer, but sadly, to no avail. 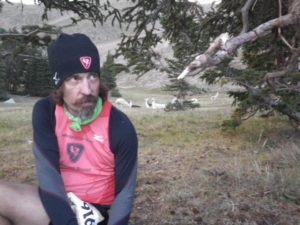 At Mayqueen I exchanged my pacer Dave for my buddy Matt. Ed and his pacer were just leaving the aid station. He told me to join with them and finish the last thirteen miles together. Easier said than done. Eddie’s power-hiking pace was quick enough that I was having to run to keep up with him, and therefore not able to recover for when he actually decided to pick up the pace a bit. Halfway around Turquoise Lake, I gave up trying to hang with him and resigned myself to letting him beat me. I got to witness the sun rise a second time over Turquoise and had a moment where I couldn’t comprehend the sun rising twice in one day. Luckily Matt set me straight, just as he did a half hour later when I stopped dead in my tracks by the lakeshore and started poking a washed up rodent with my trekking poles. “Come on Phil, you’re pokin’ a dead rat and running out of time…” The last eight miles into town were a grind, I was also quickly running out of time. We got to the last hill on 6th, where I made an effort to run the last three quarters of a mile to the finish. The rest of my crew joined me and Matt for the last quarter mile. I had half-jokingly asked Erin to have a beer and my fuzzy Viking helmet for me at the finish, she actually had it before the finish.

I had made it. One hundred miles. Twenty nine hours and twenty four minutes. There ended up being only five minutes between Ed and myself after all of that back and forth. Sadly my buddy Chris had dropped somewhere between mile 60 and 75.

I had gone into Leadville completely undertrained and unprepared, but somehow got through on what Ken Chlouber refers to as “Grits, guts and determination.” It was a life-changing event for me –  I had taken my first steps into becoming part of the Leadville Family. 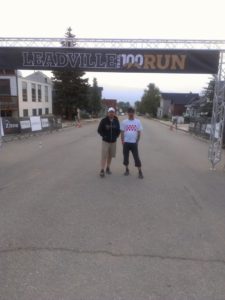 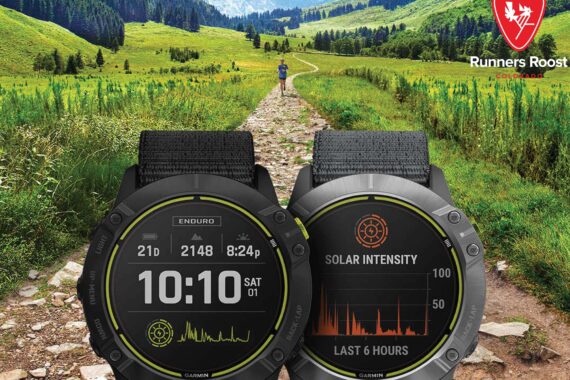 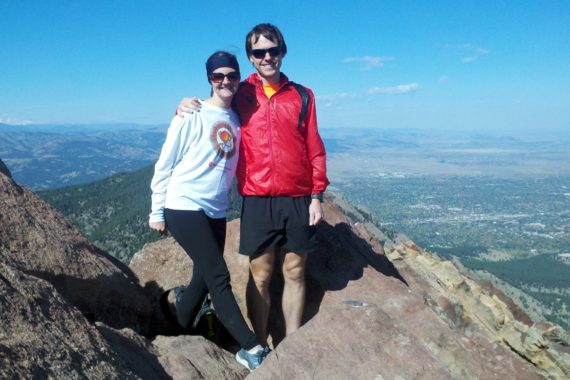 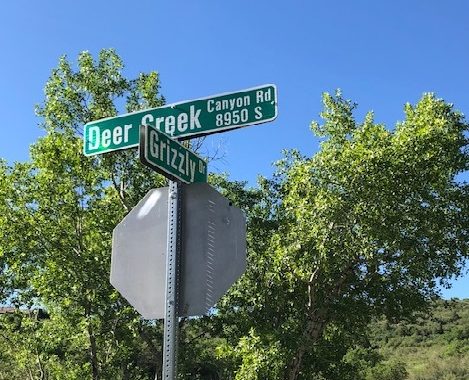 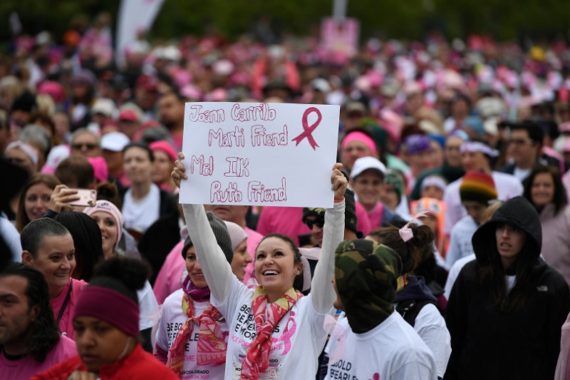 Our Vision. A World Without Breast Cancer Breast cancer treatment is an arduous road that …